Radi8’s loyalty system underwent an upgrade in their cross-game engagement feature, bringing a more intuitive experience to players and their engagement across all Radi8 games.

Rad+ was first introduce at the end of 2018, and successfully kept more than tens of thousands of players engaged with its Radcoins, Free Spin and Wild Boosters, Loot Boxes and Level Up milestone journey. Rad+ had given out more than 100 million* Radcoins to Radi8 players to be exchanged for Boosters and Loot boxes.

The all new Edge refresh will replace Radcoins as Reward Coins, introducing on-demand Free Spin capabilities, moving away from the more limited, inventory based, Booster rewards. Unused Boosters will be converted to Reward Coins and credited into player accounts while players will be presented with a new and better UI to interact with.

Peyman Zadeh, Director of Products, explained, “Rad+ began as an ambition to bring something new to slot players that was beyond gimmick. It was a vision to empower players with choice and diversity in how they bet and win. During the process, we’ve done a lot of analysis on player behavior and are now in the exciting stage of cranking up the changes and dial into what the player desires. The idea is to not only gives players the edge on how they seek wins and rewards, but to also give casinos the edge in bringing something new and innovative to offer their players. We’re excited to continue this vision through to bigger and better things.”

Players using Edge can access their Reward Coins, Level Up status, and season rewards across all Radi8 games, at any time. 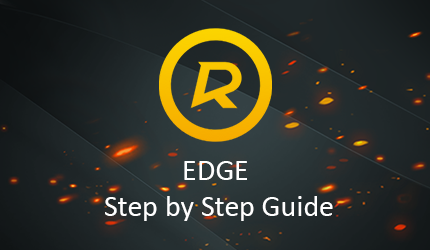 Rad+ will be going through a series of enhancements and will be renamed as Edge.