Rad+ is the first cross-game loyalty system developed in the online slots industry to enhance players’ engagement on every spin and wager. The Rad+ system is built onto the Radi8 series of games where the system carries gamification modules such as collecting Radcoins, unlocking bonuses, opening lucrative Loot Boxes and Levelling Up for more rewards.

Players collect their Radcoins (loyalty credits) from simply wagering in any Radi8 game. These Radcoins can be exchanged for free spins, bonus features, and Loot Boxes. Aside from these items, the players will earn milestone rewards and level up on the Level Up reward road. Radcoins are saved in the player’s inventory to come back at any time and on any Radi8 game to reap their rewards.

From this loyalty system, we are able to determine player habits from the usage of Radcoins – whether they hold or spend, their preference bonus features, and types of Loot Boxes they open. It can provide a deeper understanding of player preferences and behavioral segmentation on every operator’s platform. 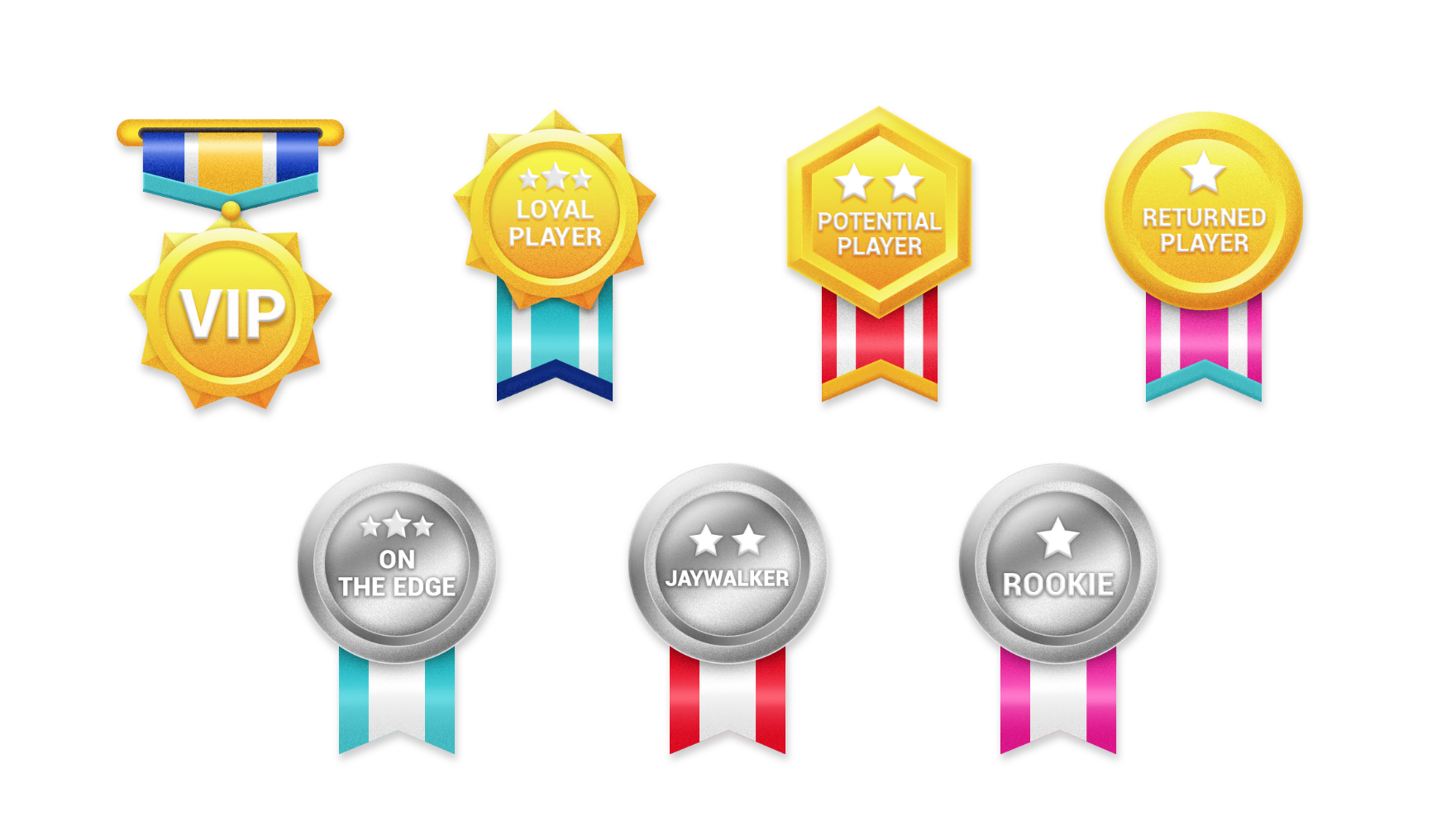 We have the following types of players,

We have detected that the conversion rate of a Rookie player who interacts with our Rad+ loyalty system will progress more quickly into a Potential, Loyal or even VIP Player. This finding demonstrates that our loyalty system generated higher player engagement and overall spend.

Here are some of our other findings worth sharing:

Over the years we have built a clear picture based on the data we get from our Rad+ system and our research into players habits, that having a loyalty system to assist in developing engagement in the iGaming industry is the key to unlocking a new level of players interest.

Details to note:
Data analysis is based on machine learning methods that segmentized players by multiple angles such as how much they wager and the frequency they engaged with our games over a certain period of time. High value players (high wager per spin) will be considered as Rookie if they played our games for the first time, these players will follow similar criterias as all other players despite their wager amount.

Some understanding on operators platform:
Most Asian operators have games laid out on their front page and new games get added to the top of the list, they may have categories such as new, most popular games, etc. While others create lobbies for each brand of games. Every platform does have its own rotating banner where they can decide what gets promoted on it.

European/American operators organise all the games in one page with designated categories similar to most Asian operators.