How to win at Wynloch Keep?

Help your King to conquer the Keep of Riches!

It was said that the Wynloch Keep is unbreachable and unconquerable, but for him/her who did it, unlimited riches abound. Through many years, many Kings had not been successful in claiming the Keep. The Keep had been waiting for the one who is deemed worthy for its wealth.
Soon after the launch of Galaxy Stars on Radi8 Games, Wynloch Keep is the biggest production of slot games so far, the team focus on story setting, music and effects and game features that is very different from the previous production.

The colours and design of Wynloch Keep are based on the settings of 1980s Dungeons & Dragons and Lords of the Rings. 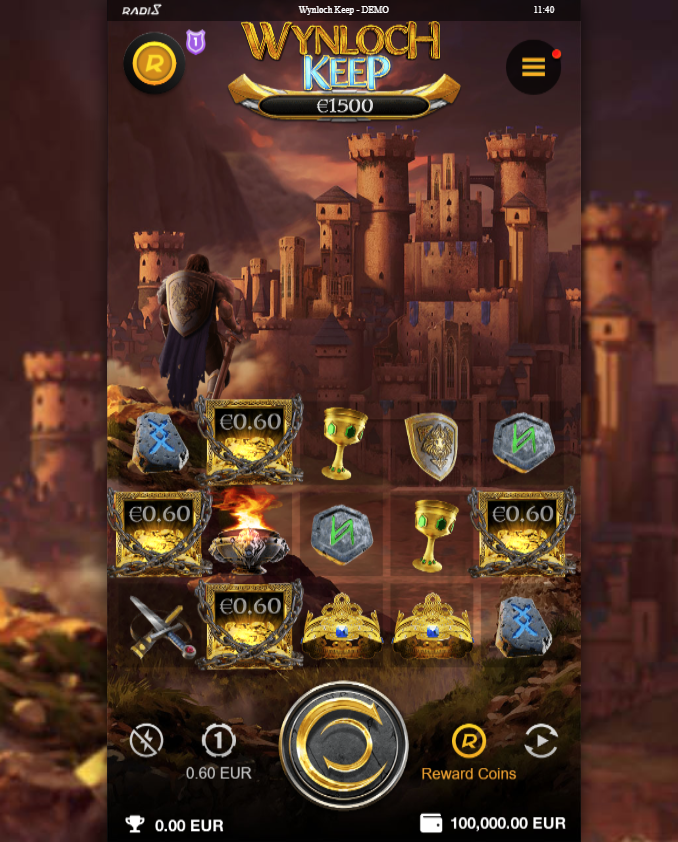 WYNLOCH KEEP is a 3×5 reel online slot game with 15 pay-lines. Re-spins increase reel size and pay-lines up to 6×5 with 30 pay-lines.

Wynloch Re-spins
Symbols that create a new or add to existing winning combinations get locked while other symbols re-spin. Each re-spin expands the reels and adds more pay-lines. Only the final resulting combinations are paid.

Treasure of the Keep
5 or more Treasure Coin scatters starts thebonuswith an initial 3 Free Spins. New Treasure Coins landing reveal a prize, gets locked and resets the number of spins back to 3.Each Treasure Coinprizecan pay up to100x your wage. 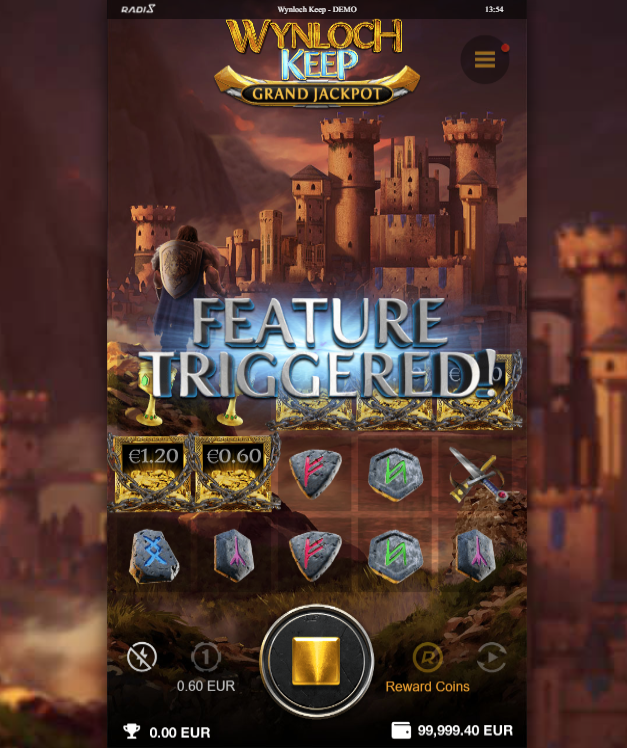 Towers of Power
2 random reels become all wilds for the spinand all subsequent re-spins. All Wilds from Towers of Power will lock if part of a win. 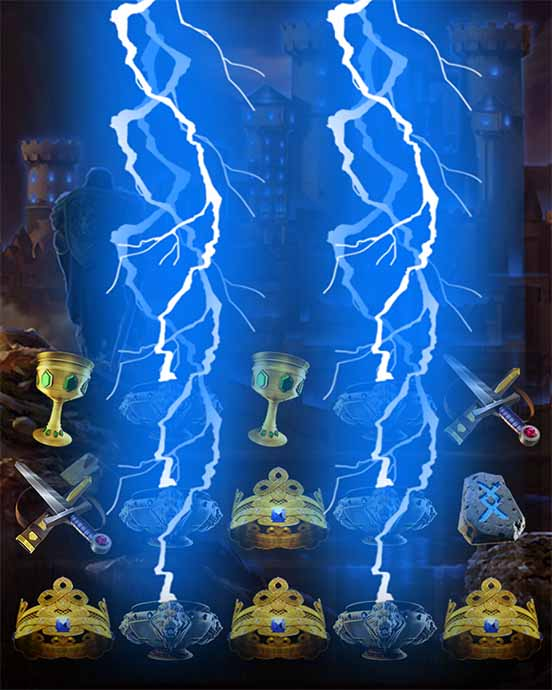 Wynloch Keep boasts a winning of 5,625x in total which includes the Jackpot win of 2,500x. Players have to unlock Jackpot chests in the Treasure of the Keep, in a separate game after connecting 5 gold coins in the base game.

Every entry to the Treasure of tke Keep grants you several gold coins for players to drop through the slots. Once it fills up the slots, the treasure chests opens a chest, where there are a total of four chests, starting from the Mini, to the Grand.

We wish all risk takers luck in reaching the top and seize the Keep. 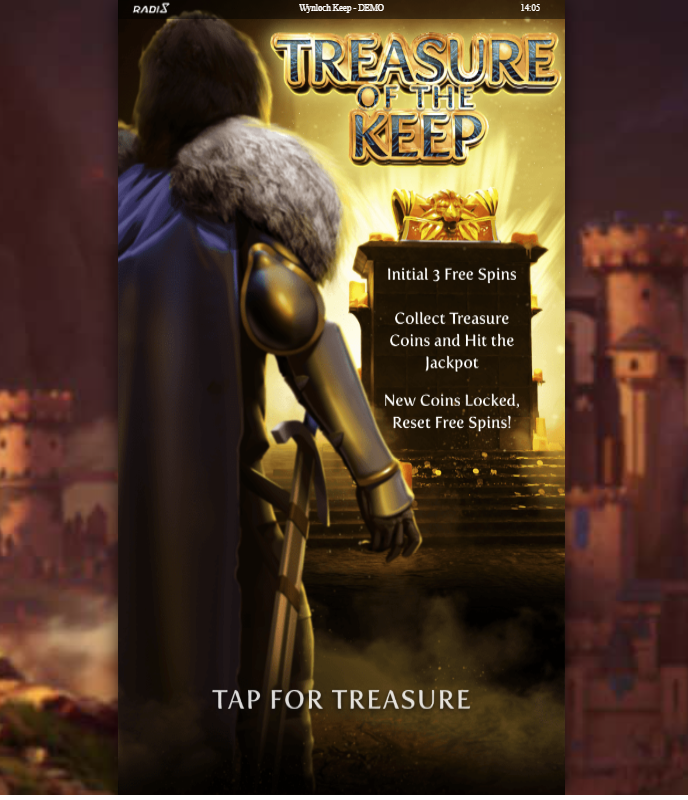 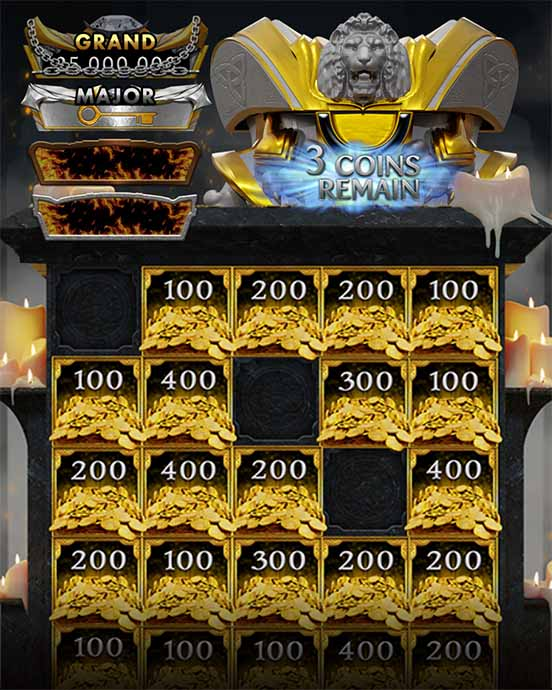 We concluded that once we enter Free Spins, we will bound to win!