How to play Celestial Gems

Radi8 had launched an online slot game with the theme of Greek mythology; Celestial Gems is a game with 144 pay-lines and allows you to choose bonus features and win up to 9,720x! The game symbol in this paragraph is also based on the Greek mythology, the wild symbol-a lightning bolt, which represents Zeus.

The Celestial Gems have many different game features. When the wild symbol covers a reel, the “Lightning Bolt gathering bar” at the top increases after you collect a lightning bolt. 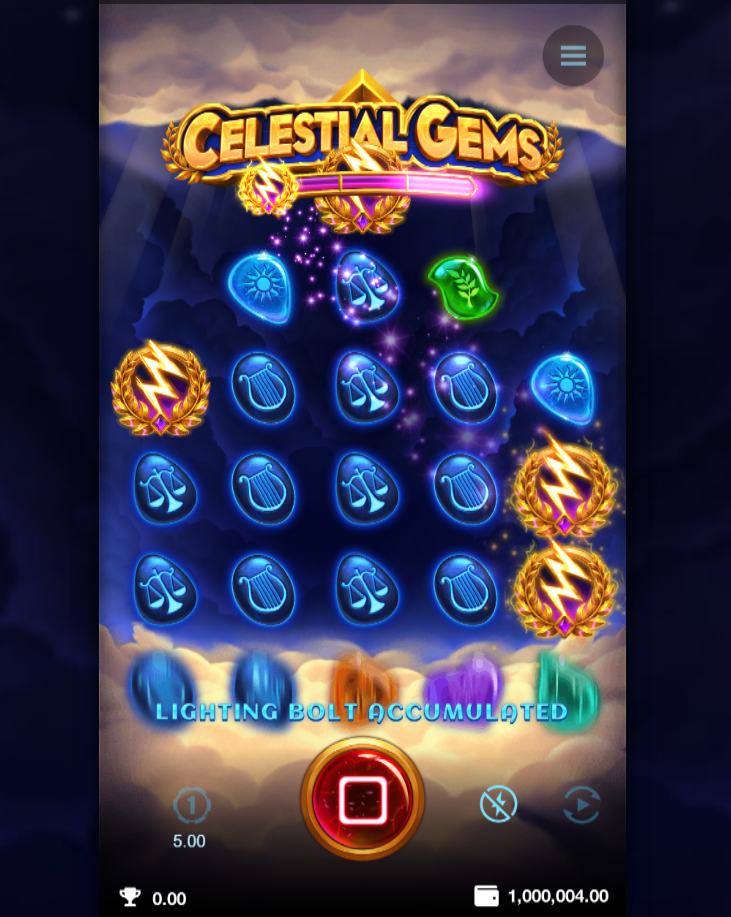 When the energy bar is full, players can choose to continue to collect lightning to trigger two free games of the three features, or all feature games. 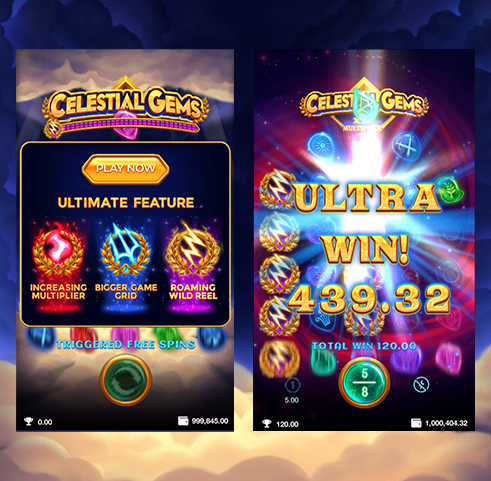 The first game feature: – Increasing Multiplier
The feature starts from 1s, and doubles after every 3 spins. 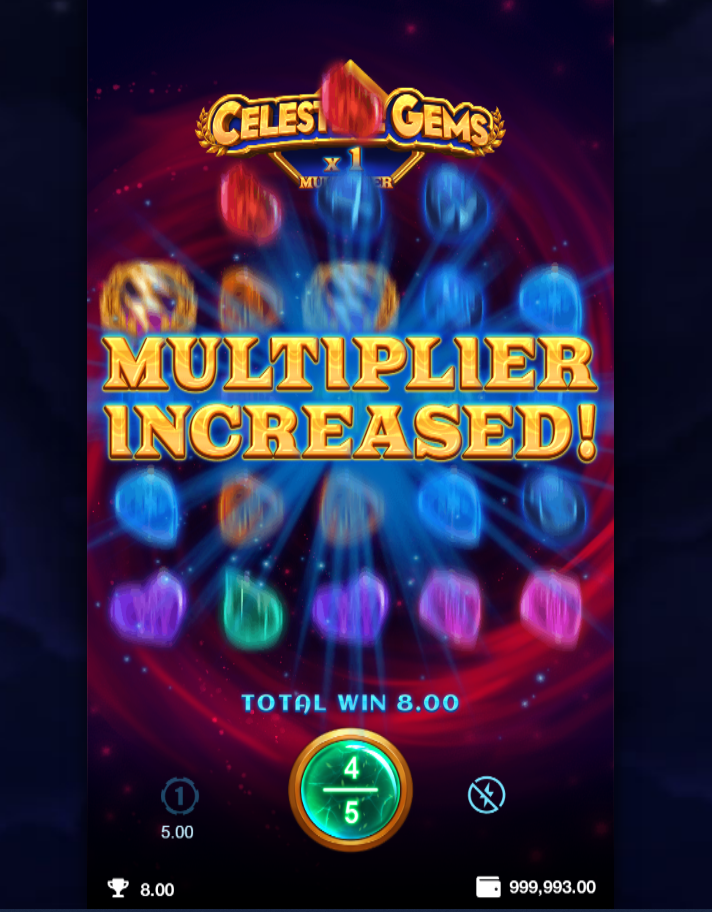 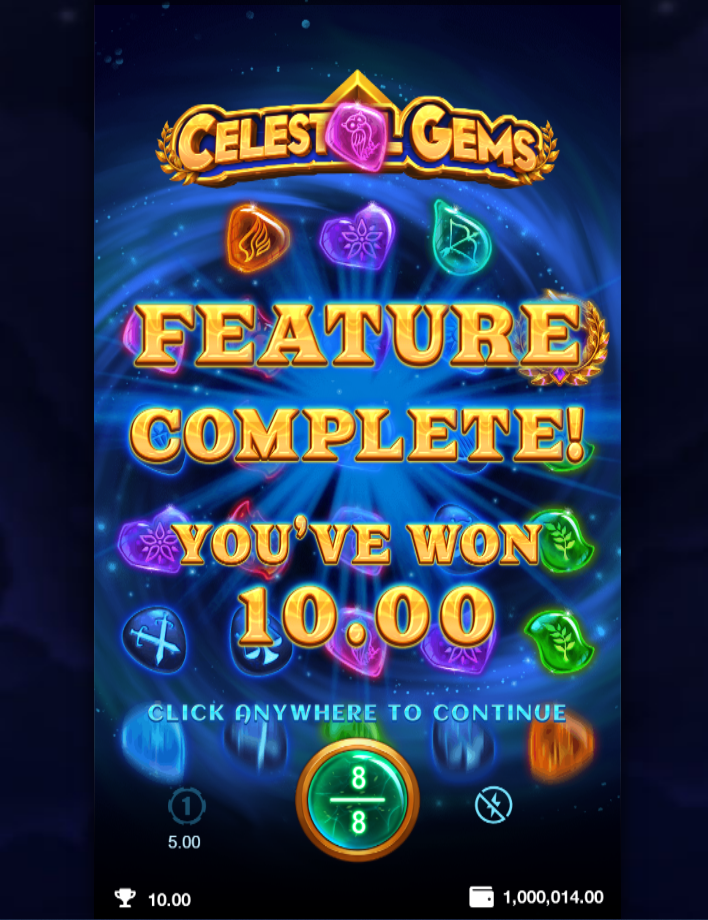 The third game feature: Roaming Wild Reel
The wild symbol will randomly cover the reels 1, 3 or 5 with each rotation. 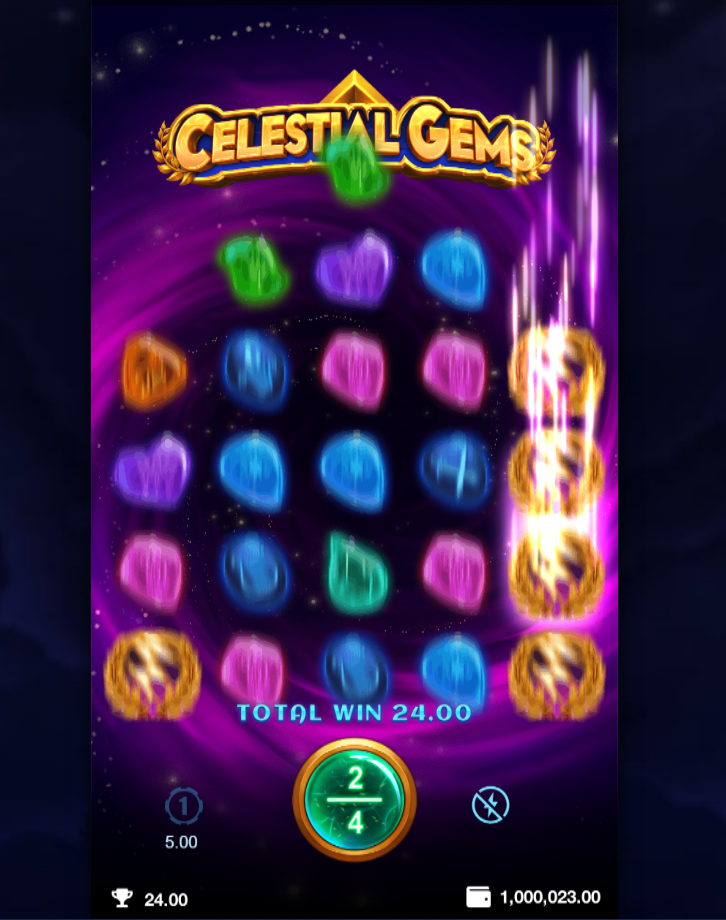 The editor will take you directly to see the measured results of Celestial Gems, we started the game with 1,000,000 as a base with 125 per bet

Spin 100 times, the measurement items include: