Commander, your mission is to discover Earth 2, our resources here are critically low!
Get your team together and set out immediately.

Sci-fi fans, you are going to dig into this, Radi8 released their latest game, Galaxy Stars that wants you to explore the universe and win big!

The bonus features, music and graphic effects are too awesome not to mention. Helmed as one of the best production of Radi8’s, fans of online slot games should not miss this out. 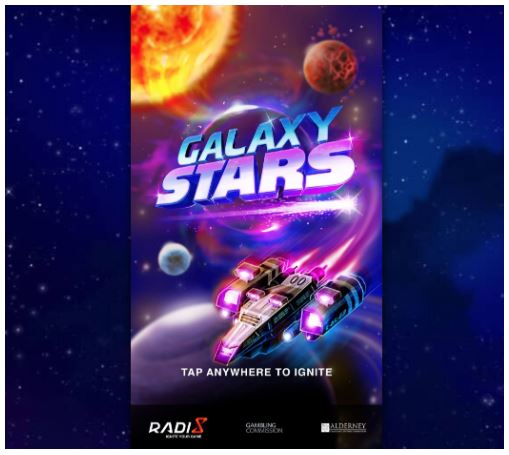 Galaxy Stars is a basic slot with multiplier win, and in the process players can expect random bonus features… and yes, on during any basic spin. This definitely builds anticipation during their play.

A 3×5, 20 pay-lines online casino slot game that blast out wins of 3x, 5x, 8x and up to 5,000x!
Tunnel through space, and collect Nexus wins from the Black Hole. These wins earn you 3x, 5x or 8x through 3, 4 or 5 of-a-kind on the reel and the Nexus effect will trigger only in the next round. During your expedition, if you discover Lucky Stars, you will enjoy 3 to 6 Wilds landing on your reel, however Lucky Stars will not be activated during any Free Spin mode. Finally, if you ever experienced Galaxy Spin, you would earn 10 free spins where Wild symbols evolve into Blazing Wild. Blazing Wilds are Wilds that stick on the row but moves horizontally to the left after each spin. 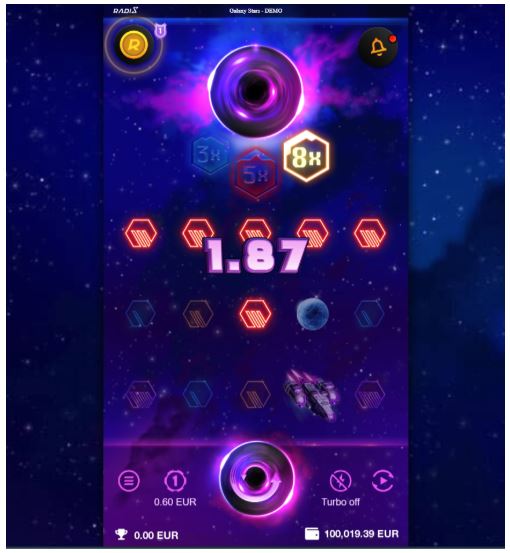 The Lucky star bonus feature drops Wilds onto the reel that brings more wins to a normal spin. Again, it is random, no one knows when it falls. It is definitely a pleasant surprise. 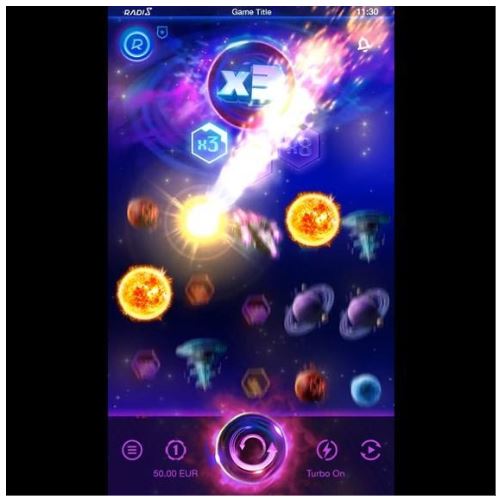 Once the player hits 3 bonus scatter symbols, it triggers the main feature of Galaxy Stars – Galaxy Spins, where the player receives 10 free spins and Wilds will become Blazing Wilds.

Note: once you are in Galaxy Spin, the background turns red 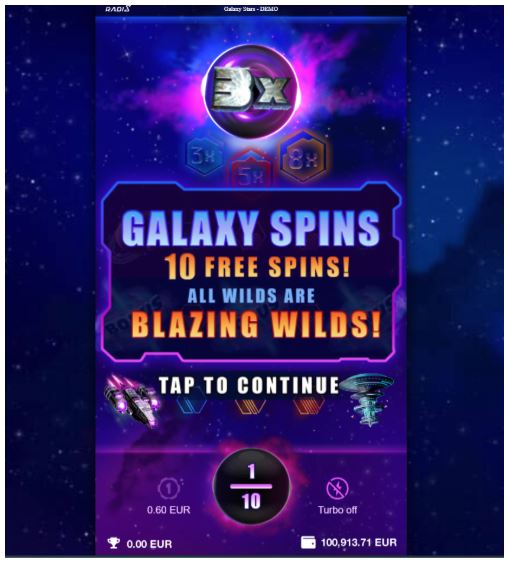 This is Special feature Blazing Wilds, where the Wilds will move to the left after each spin until it exits on the left of the screen. 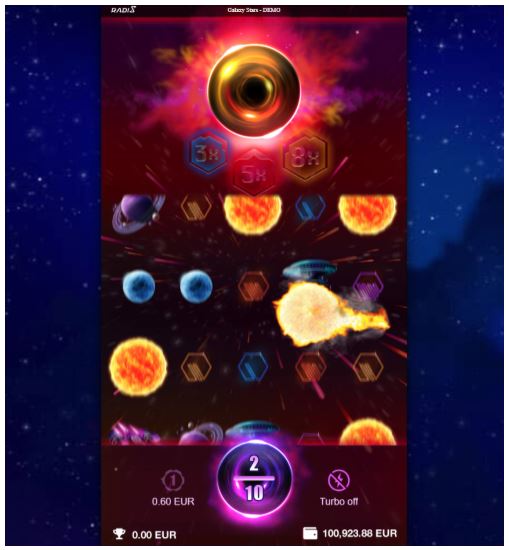 That’s the preview of Galaxy Stars.

Here are some main key takeaways of the game

Our overall conclusions indicate that Galaxy Stars is a game with good returns, especially it has the additional feature, Lucky Star. Players should get their rabbit foot ready before embarking on this space adventure.