Celestial Gems is a way game that give players 144 ways to win, Celestial Gem’s base game where players can choose one out of three features, Increase Multiplier, a Bigger Grid or Roaming Wilds or trigger all three features in one play.

Players tally up Lightning Bolts by landing full Wilds in one column to trigger the Bonus Feature, Lightning Tally, where they can select a feature. Players can also choose to continue collect Lightning Bolts till the next level and players will get to choose to enjoy two out of three bonus features. Players can activate all three features after all Lightning Bolts are collected. This brand-new game, Celestial Gems could give a maximum winning of 9,720x.

Associate Producer, Kenneth Weng commented, “We are very excited to release Celesital Gems! This game is uniquely designed to appeal to players of all types. We have incorporated some of the most classic and popular slot features for players to pick and combine their favorite play style. From win multipliers, guaranteed stacked Wild, to expanding reels, players can decide to either trigger the bonus whenever it happens, or save their chances and trigger all three features at once to try and hit enormous wins!”

Celestial Gems is the 18th game released under Radi8 games where it comes with Edge loyalty system where players can earn free spins and open loot boxes using loyalty coins earned from every spin. 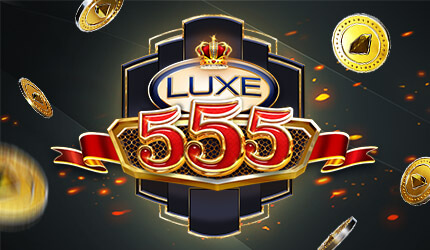 The guide to playing Luxe 555